Yesterday the latest addition to the Willka T’ika family arrived, K’intu the Alpaca! Only 3 months old, K’intu currently weighs about 20 pounds and seems to eat at least that much per day. Since he got here, he’s drunk three bottles of fresh cow milk and sampled every possible flower, succulent, leaf, and type of grass on Willka T’ika’s grounds. And those of you who have seen our lush gardens know that there is a lot to eat here if you are an alpaca.

After months of asking around if anyone knew where I could find a baby alpaca, luck rang my phone yesterday It was about 6:30 in the morning, which is considered normal business hours in Peru’s Sacred Valley. I was standing on the roof of our original guesthouse, helping (or really observing) our staff nail in the new Copaiba planks that would replace the 25-year-old bamboo covering of our old roof. For the last week, our staff has been spending 6AM to 3PM on the roof, trying to replace it before our next large group of yoga students arrive. Making sure my feet were squarely planted on the slippery boards, I reached for my cell phone and saw an unfamiliar phone number.

“Señor Terry, todavía quieres un alpaca?” the voice asked me, the sound of the first five words absorbed by the loud noise of a circular saw and a half dozen hammers pounding simultaneously. But hearing the word “alpaca” was enough. I answered immediately, “Sï!” before even recognizing the voice of Celso, who worked at a hotel down in Yucay. Apparently, a farmer had been asking around if anyone wanted to buy an alpaca and Celso had thoughtfully remembered my request. Half an hour later, a smiling farmer showed up at our gate with a white bundle of fur ensconced in a burlap bag.

He was perfect! Relatively clean for a camelid, the baby alpaca hopped out of his bag, as if to greet me. He seemed comfortable around humans and the farmer confirmed that he was indeed “chita” or domesticated. This was good news and justified the slight price premium the farmer was asking.

A name for the little guy came to me instantly. Before I had even pet him, the word “K’intu” formed in my mouth and I repeated it aloud for good measure. The staff seemed to agree. It was a good name, symbolizing the sacred Quechua blessing of coca leaves that was so prevalent and important in this part of the Andes.

“K’intu” also sounded a bit like “K’allpa” which was the name of our German Shepherd. K’allpa and K’intu would need to become fast friends to preserve the peace and unique harmony of Willka T’ika’s gardens. While the staff came to meet K’intu I went to get K’allpa. I wanted him to be there upon K’intu’s arrival, as if to show him that he had some say in the matter. I walked over to the main entrance and called his name.

K’allpa appeared instantly, hoping that I was calling to take him out for a walk. I paused to grab his leash, which confirmed his hopes and he nuzzled up against me enthusiastically.  But the real motive for the leash was because I didn’t know how he would react to a new animal on his terrain, never mind an unfamiliar alpaca.

As soon as we crossed the threshold into the parking area, where the alpaca was waiting to enter his new home, and the farmer was waiting for his payment, K’allpa began to sense that something was different. He put his nose down and immediately hunched his shoulders close to the ground. Slithering his body forward he tried to discern the new scent. The leash tightened.

We rounded the corner and K’allpa locked eyes with K’intu. With all the force of a full-grown German Shepherd, he pulled me forward. K’allpa is a friendly dog so I mainly just needed to contain his excitement.  He began to circle K’intu and the baby hopped about nervously but with unexpected aplomb. He was not afraid on the big dog.

After some bonding, the staff took K’allpa away so I could bring K’intu inside, filming his first steps as he strolled into the property. He entered calmly and confidently, like he belonged here, pausing only to sample the petunias and sniff the geraniums. For the first hour, he methodically tasted everything within sight. Attracted by the scent of fresh coffee, he even tried to enter the dining room. When I blocked his path, he spat at me, covering my hand with green mucus.

As soon as I knew he would be safe from K’allpa’s advances, I went into Urubamba to find fresh cow’s milk and some kind of a feeding bottle. The farmer had stated clearly that all the alpaca needed was milk, at least for now, and he was already making familiar sucking noises every time he nuzzled up against me. Finding fresh milk was easy since Livio and his four cows lived just down the path to Rumichaka. But it took an hour to find the right “chupón” to attach to my water bottle. By noon we had returned with warm milk, a new collar, a bell, and a makeshift feeding bottle. K’intu was thrilled. K’allpa was not.

Each time I tried to feed K’intu, K’allpa would nudge his way in between us attempting to block whatever attention was directed at his new competition. K’allpa had never shown any interest in milk before but now, he tried to suck, drink, or lap up any milk that was put out for the thirsty alpaca. Eventually we had to separate the two All the treats, bones, and toys I brought to appease K’allpa didn’t make a bit of difference. He wanted whatever K’intu was having.

This puerile behavior went on throughout the day and continued into the night. By dark, poor K’intu was exhausted and K’allpa refused to let him sleep. Finally, K’intu just sat down right in front of the kitchen and put his head down. Still, K’allpa wouldn’t take his eyes off him. If anyone would approach K’intu, or walk near the kitchen, K’allpa would jump up in protest.

The next morning, I woke up at 6AM to check on the “children” and nothing had changed. K’into was crying for another bottle and K’allpa would not let me feed him. It was going to be another long day for all of us. 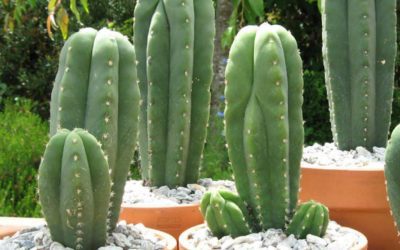 Willka T’ika Ethos Willka T’ika was created to honor Quechua culture and our center is a dedication to native traditions. We deeply respect Andean culture, history and cosmology and offer authentic, ancient Incan ceremonies. We feel strongly about offering what is unique about the Quechua culture and Sacred Valley and focus on practices, plants, and […]

END_OF_DOCUMENT_TOKEN_TO_BE_REPLACED 7 Suggestions for a Wellness Retreat in Peru

7 Suggestions for a Wellness Retreat in Peru A Wellness Retreat means something different to everyone – as it should. We all have different needs and expectations about what makes us feel well. Some of us focus on the physical: we want to eat better, sleep better, feel better and have more energy. Many of […]

END_OF_DOCUMENT_TOKEN_TO_BE_REPLACED Sustainable Agriculture in the Andes By: Lindsey Masterman (Willka T’ika intern) The Peruvian Andes are the center of origin of the potato, one of the four staple crops of the world. Currently, there are more than 4,000 varieties of potato. However, for a time potato diversity suffered due to the colonization of Peru and subsequent […]